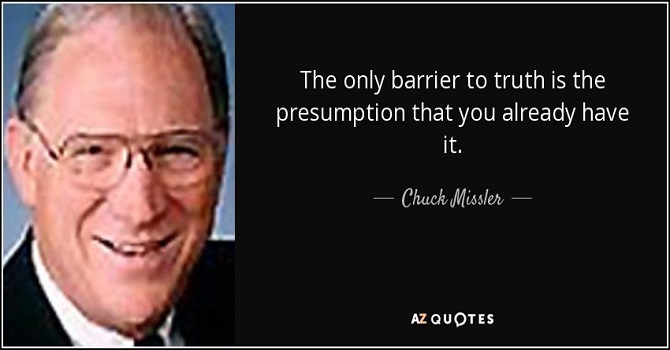 Dr Chuck MISSLER was well known for his incredible series learn the bible in 24 hours. And many other informative studies.
Shared from facebook:
Koinonia House Announces Death of Founder
Reporoa, NZ— Koinonia House announces the death of its Founder and retired Board Chairman, Dr. Charles W. “Chuck” Missler. He was 83 years old, and passed away peacefully at his home in Reporoa, New Zealand. He was preceded in death by his wife Nancy and his two sons, Charles “Chip” and Mark. He is survived by two daughters, Lisa Bright and Meshell Missler and eight grandchildren.
Two Careers in One Lifetime
Dr. Missler was fond of saying that he enjoyed two careers following his graduation from the United States Naval Academy and service in the armed forces: leading edge technology ventures and biblical studies. Truly the passion of his life was encouraging of others to commit to the serious study of the Bible as the inerrant Word of God.
Biblical Studies and Koinonia House
Dr. Missler gained international recognition as a Bible scholar and teacher. Through an informal affiliation with Calvary Chapel of Costa Mesa, California. Chuck became known for his insight into the integration of Scripture with science, history and prophecy. Over more than forty years, literally millions of Dr. Missler’s teachings have been distributed and enjoyed. From cassette tapes to MP3 audio down loads, from VCR tapes to YouTube videos, the message of “The Grand Adventure” has been enjoyed by many.
American Technology Ventures
During his thirt year business career, Chuck served on the Board of Directors of over a dozen public companies, and was Chairman and Chief Executive Officer of five of them. Dr. Missler received a Congressional appointment to the United States Naval Academy in Annapolis, Maryland. Upon graduating with honors, he received his commission in the U.S. Air Force. When he had completed his military obligations, he became Branch Chief of the Department of Guided Missiles at Lowry AIr Force Base.
Chuck completed a Masters Degree in engineering at UCLA with additional post-graduate studies in applied mathematics, advanced statistics, and information sciences; he completed his PhD at Louisiana Baptist University. His civilian career began as a systems engineer at TRW, followed by a Senior Analyst position in a "think tank" serving both the intelligence community and the Department of Defense.
Recruited by the Ford Motor Company into a Senior Management position, Chuck established the first international industrial computer network in 1966. Leaving Ford to start his own company, he founded a computer networking organization later acquired by Automatic Data Processing (NYSE) to become its Network Services Division. He subsequently served as a consultant to the Board of Directors of Rockwell International for corporate acquisitions (which included Collins Radio, American Data Systems, and others); and has also participated in over 100 business ventures as a principal, strategic advisor, or turnaround specialist.
His final consultancy in the American technology sector was as an advisor to the Super-Wide Area Satellite (SWANsat) System, an international telecommunications venture.
After a being a lifelong citizen of the United States, Dr. Missler immigrated to New Zealand in 2010 where he resided with his wife Nancy. A memorial service will be held in Coeur d’Alene, Idaho the date is TBD and a funeral/burial service will be held on 16 June in Reporoa, New Zealand.
Ministries
Wednesday Bible Study & Kids Church

THIS TOO SHALL PASS!! FOR EVERYONE OUT THERE STRUGGLING!!