FOR ALL THE REJECTS AND THE DESPISED 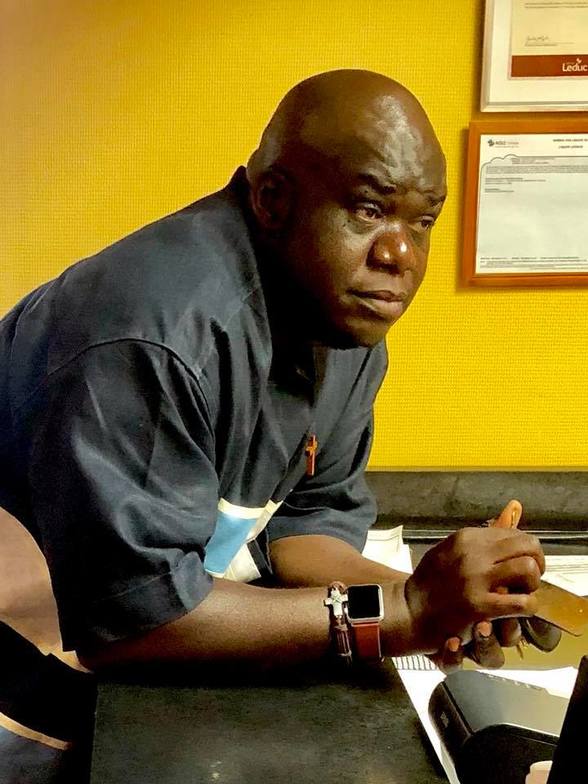 FOR ALL THE REJECTS AND THE DESPISED

Always remember that you’re a product of His mercy and grace. Men may give up on you, men may laughed and mocked you in the secret, and pretend to like you in the open

You’re still a product of God’s Mercy and divine favour. The Lord that brought you this far in spite of people’s negative opinions of you. He’s still able to and will take you, further than where you at, Do not listen to the negative voices of Rejection, over God’s divine instructions for your life my brother my sister.

* Do not allow negative opinions of men placed limitations on your life.

* The spirit of rejection will always use men to define you based on your past failures.

Like Adam and Eve. Men will always remind you, that you’re naked

## Whose definition of your life are you working with God’s or men? (ADAM WHO TOLD YOU, YOU’RE NAKED -Genesis 3:11)

## (SOME PEOPLE WILL NEVER GET OVER YOUR PAST. DEAL WITH IT. They will reject you based on your past Jephthah (Judges 11)

Some people will never get over your past. Stop wasting your time, waiting for their approval, Move on with your God-given, God-ordained wonderful life.

* To reject means, I refuse to accept you, is to dislike you

*To reject is to look down upon someone with disdain

* To reject someone means, I refuse to grant you access to your right

* To reject is to deny you recognition or acceptance,

* To reject is to discard that individual as being worthless.

* Unwanted pregnancy-: rejected even before birth. Treated as a mistake, Looked upon as a burden instead of a blessing

* Birthed out of wedlock-: rejected at birth, Regarded as an outside and intruder to the Commonwealth of the family. Called a bastard and denied access to Love and compassion (JEPHTHAH -Judges 11)

* Social pedigree-: rejected based on your social background. Disqualified because of your family name, your education, where you live and your kind of job

* Colour or Race-: rejected base on your colour pigmentation. This goes beyond black or white. It’s so deep, that only those who have experienced it can speak into it.

* Emotional-: rejected by your father. Who is hardly there, or whom when around only puts you down and criticize you Abused physically, mentally and emotionally by the father or mother who was meant to be your protector and provider Rejected by the very one that used, abused and misused you. Looked upon as only good to be used and discarded like trash

* Rejected by a spouse who left you for your best friend, or a younger partner.

* Rejected because your clothes don’t fit

# Have you ever felt rejected, disregarded, discarded and ignored, simply because you do not fit their description, of what they call PERFECT?

# Rejection is the tool the devil try’s to use, to stop great destinies from becoming whom and what God has planned for them to become

# Rejection is at its greatest when you’re born for greatness

# you’re rejected to be injected back into life by the powerful hands of the Lord your God. Do not let man’s rejection of you stop you.

(1Samuel 2:8-: He raises the poor from the dust And lifts the beggar from the ash heap, To set them among princes And make them inherit the throne of glory.” For the pillars of the earth are the LORD’s, And He has set the world upon them.)

Child of God I have good news for you. Rejection puts you in the company of the great

## Paul of Tarsus was rejected by men, Because of his past but was injected back in by the Lord How bad is your past? Are you being rejected and ostracized by your family or friends because of your past mistakes and wrong choices?

Our Lord and saviour Jesus Christ was rejected despised by all, That through His rejection you and I can be forcefully injected back in through the gateway of new beginning and restoration, Called the cross

(Isaiah 53:3-: He is despised and rejected of men; a man of sorrows, and acquainted with grief: and we hid as it were our faces from him; he was despised, and we esteemed him not.)

His wounds, suffering and shame are what the Lord uses to inject you and me back to the place of glory and honour. Prophet Jeremiah puts it this way

(Jeremiah 30:17-: For I will restore health to you, and your wounds I will heal, declares the Lord, because they have called you an outcast: It is Zion, for whom no one cares!’)

Child of God be, joyful because what the enemy meant for evil, is now become your gateway to glory and honour. Rejoice and say like David. It was good for me to be rejected.

For if you have not been rejected, when you were rejected, you would not have found your purpose in life. Rejoice because your rejection shall become the gateway to your promotion, joy, peace and prosperity. So glory in the tribulation of rejection now, for greatness awaits you.