FOR ALL THE VICTIMS OF SOME ELSE’S CARELESSNESS & MISTAKES!! 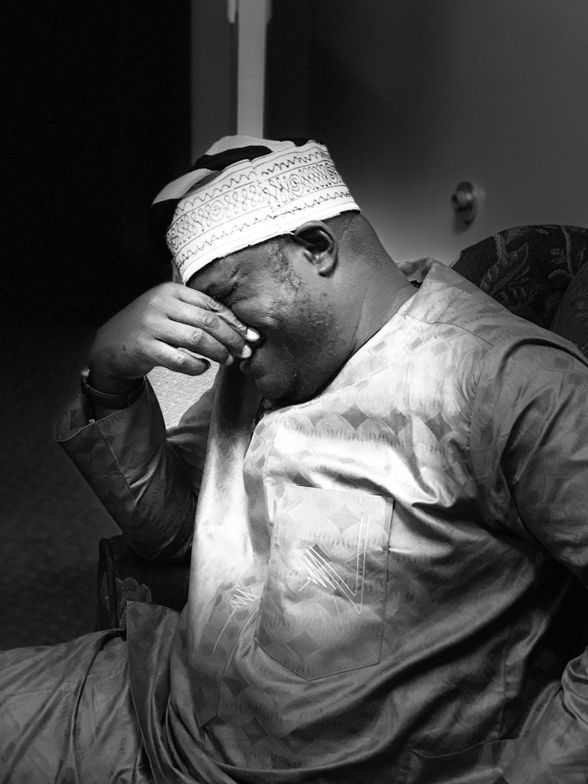 FOR ALL THE VICTIMS OF SOMEONE ELSE’S CARELESSNESS & MISTAKES!

(2 Samuel 4:4-: And Jonathan, Saul's son, had a son that was lame of his feet. He was five years old when the tidings came of Saul and Jonathan out of Jezreel, and his nurse took him up and fled: and it came to pass, as she made haste to flee, that he fell, and became lame. And his name was Mephibosheth.)

# To all the bleeding hearts this Christmas season

# To all who are suffering emotionally, because of someone else's mistakes and callousness

# To you who have been dropped and betrayed by the ones you, once trusted

# To you who have been dropped and forsaken by the ones you, once loved

# To you who have been dropped and abused by the one who, once meant the world to you.

# To  you who was violated by that trusted family member, who was meant to watch over you, but you were never allowed to talk about it

# To you who is been blamed for what happened to you

# To you who is been shamed for being dropped

# To you who is sitting, in darkness, covered in shame

# To you who are covered, with the garments, of humiliation and rejection

# To you who have, given up the hope of living because of the pain of  past, mistakes that would not just go away

# To the victims who have now become the accused

TO YOU, I HEAR THE ANGELS SAYING -: (Luke 2:10-: And the angel said unto them, Fear not: for, behold, I bring you good tidings of great joy, which shall be to all people.)

Yes, you've been dropped, but you're still here

Yes, you've been betrayed time, and time again, but you're still here

# Yes, you were a victim of someone's carelessness, but you're still here

# Yes, you were a victim of someone's lust, but you're still here

Yes, you were a victim of someone's great, but you're still here

# Yes, you, you almost lost your mind, but you're still here

# Yes, I know, they are all expecting you to continue to bury yourself in the darkroom of depression and defeat, but you're still here

# Yes, you, they expect you to have committed suicide by now, but you're still here

# Say to yourself, I AM STILL HERE! Yes, my life is  very complicated, but I am still here

# Messed up, beaten and bleeding, but I am still here

# Dropped, broken, abused and battered by the ones, you loved and trusted, but you're still here

# Let them know, what their acts and selfish actions turned you into but thank God for His mercies.

Their actions brought out the worst in you,

but His mercy and grace brought out the best in you.

Thank God for Christmas, the worst part of your life is all in the distant past now. Covered in the pool of the blood of the son King.

Just so they know, this is what their selfish acts almost turned you into:

# Because of their actions, you now have trust issues

# Because of them, you're now, very suspicious of people in your life

# Because of them, you, now live in Fear, hope they're happy now

# Because of them, you now walk around with the Sense of one, so undeserving of anything good, especially love and true affections

# Because of them, you now carry with you this terrible Sense of shame and guilt

# Because of them, you now feel that you can never be good enough for anyone or anything

# Because of them, you now have this feeling of being stuck and stranded in this ocean of despair and hopelessness

# Because of them, you now feel so unworthy

# Because of you, and your actions. I now feel I can never be good enough

# Because of them, you now wear the badge of Inferiority complex

# Because of them, you now carry with you the spirit of Rejection

# Because of them, you now feel and act timid. Timidity has now become your second nature.

# They only succeeded in creating the Victim mentality in you, just for a season, and they forget one little detail, that victims can become victors.  And is exactly what you have become, my brother, my sister

# You have been made more than a conqueror, through the name and the blood of Jesus Christ. The son King.

(Romans 8:37-: Nay, in all these things we are more than conquerors through him that loved us.)

# The Christmas season and the story, behind the season, came to remind me of that truth

# A child King left His throne, in glory just because of me.

(Isaiah 9:6-: For unto us a child is born, unto us a son is given: and the government shall be upon his shoulder: and his name shall be called Wonderful, Counsellor, The mighty God, The everlasting Father, The Prince of Peace.)

# To me who sat in the darkness of despair, shame and deprivation. A great light has come.

(Matthew 4:16-: The people which sat in darkness saw a great light, and to them which sat in the region and shadow of death light is sprung up.)

# The Christmas lights, remind me of the great lights of Christ the King that, shines in the darkness and the darkness comprehended it not.

# The Christmas trees remind me, of the child King, who later became the man King and died to set free from your lies and all my sins.

# Praise the Lord and Merry Christmas. I am no longer a slave to your lies and manipulations devil.

# For me, to say Merry Christmas this year, is much in order

# Merry Christmas, because I have been invited to the greatest banquet of all, because of the son king.

Merry Christmas because I have been forgiven

Merry Christmas because I am loved by the King

# I am free, and free indeed because the son King has made me free.

# Merry Christmas from all of us, that were once victims, but now VICTORS in Christ the King

Merry Christmas for mercy and grace found us.

BE OF GOOD CHEER!! To All The Women that Stepped Out And Stepped Up!! Be A Mary Kind Of Woman!