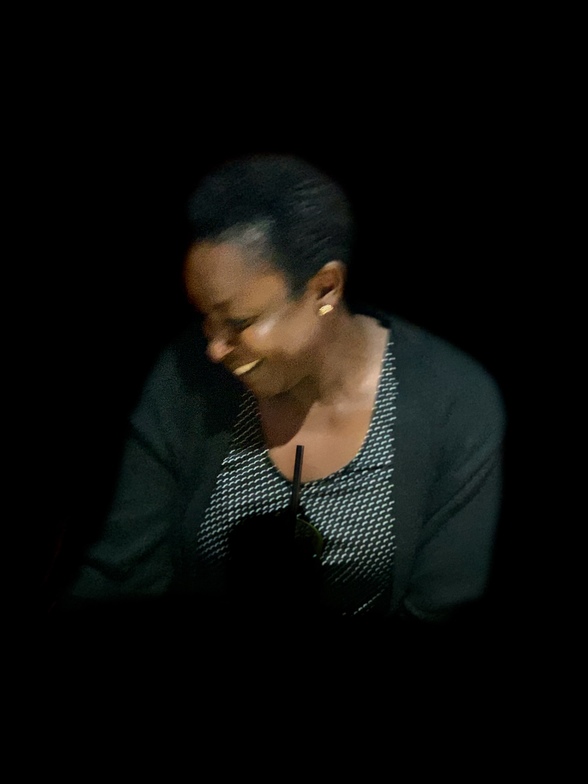 IT WILL BE ALRIGHT IN THE MORNING

(LUKE 5:5 And Simon answering said unto Him Master, we have toiled all the night, and have taken nothing: nevertheless at thy word, I will let down the net.)

It is six o’clockand the sun is giving way to darkness. The thought of going through it again is as unwelcoming as can be. It has been like this for as long as she can remember. Night!! “Here it comes again,” she said with a deep sigh not to anyone in particular, but to herself.

Her fear of night has nothing to do with the fear of darkness, no, no; she is not a fearful woman. She has faced life challenges like a lioness. She has fought cancer and broken marriages. She has gone through the loss of loved ones.

She is a survivor. A bionic woman, mother, wife, sister and girlfriend, she has been through it all. You name it - an abusive relationship, betrayal in the hands of those she loved and trusted.

As a child growing up she was told, you are too fat, not pretty enough, not smart enough. She was never invited to birthday parties. She was compared to everyone in the family, in the neighbourhood, but she always falls short of everyone’s expectation.

She was robbed of her childhood, her self esteem and her dignity. She has no self-identity of her own. Sometimes she wonders - who am I and what am I doing here?

She goes through every day keeping up an appearance, living up to the world expectations of her. She works like a horse but bleeds like a wounded dog on the inside. She has learnt to cover up very well.

Reason being that she is tired of crying out for help. Because every time she cries out no one seems to hear her or they completely misunderstand her. So now she has learned to become a good performer by day and a weeping little child crying out for help by night.

This is why she does not look forward to night time, for the night brings with it so much pain, unimaginable loneliness. Even when lying next to her husband that is if she still has one. She still fills alone.

The emptiness she feels is indescribable; she has tried different kinds of sleeping pills. They call her a drug addict or a drunk sometimes, but nobody knows the pains she carries with her.

The scars of yester-years, so like the woman by the well in

So to a woman or even a man like this, night time is not a time they look forward to. So like our text in Luke 5:5 Peter said to Jesus we have toiled all night. Are you going through a never-ending midnightexperience, are you tired of toiling and yet getting nowhere like Peter?

Has your life become a never-ending merry go round? Have you tried everything humanly and medically possible and yet it’s still the same old, same old story? You will agree with me that everything including people has failed you. So why don’t you try what Peter tried?

Peter said nevertheless at thy word! That is the key right there. The word of God has the power to heal and deliver you and turn your situation around. Psalm 30:5b says “weeping may endure for a night, but joy cometh in the morning.”

My beautiful princess - for that is who you are - don’t let anyone tell you otherwise.

(God has a word that can turn your mourning into dancing.)

Jesus has a word that will put a stop to your midnight experience of pain. Like Peter, you may have toiled all night in your marriage or, in an abusive relationship. Or maybe toiling all night over a sick loved one, better still maybe it’s your children that is making you toil, emotionally and physically worrying yourself sick about their spiritual and emotional welfare.

Maybe, as a woman, your husband, family, and society, in general, has told you indirectly that you are not worth anything.

And you have lived under someone’s shadow all your life; first as a daughter when your voice was silenced. Abuse by daddy, abuse by an Uncle or a good family friend, but you are not allowed to say anything because of the shame it will bring on the family. You were made to suffer for everyone but you.

Now you are a grown woman and you are still living under the shadow of the past. Life has not permitted you to cast your own shadow.

My dearest princess, you remind me so much of the woman in

Jesus saw her bowed down and broken; she could not lift up herself. But she could, and still continue to lift up her family and friends, in spite of her brokenness. (Just like you're doing right my dear sister )

When Jesus saw her. His heart was filled with compassion for her.

Jesus sees you where you are at right now, and His heart is filled with compassion for you also.

Jesus dignified her presence with His attention. Jesus is doing the same for you right now, see Him, seeing you right you are at right now

He called the woman, touched and healed her. I see Jesus, with my eyes of faith calling you, touching you and healing you.

I can also see with the eyes of faith even as you read this – Jesus is calling you, to speak a word to you that will lift you up and set you free from your midnight of pain.

Whatever it may be my dearest I want you to know today that, Jesus has a word that will change your situation. Just reach out to him in faith today.